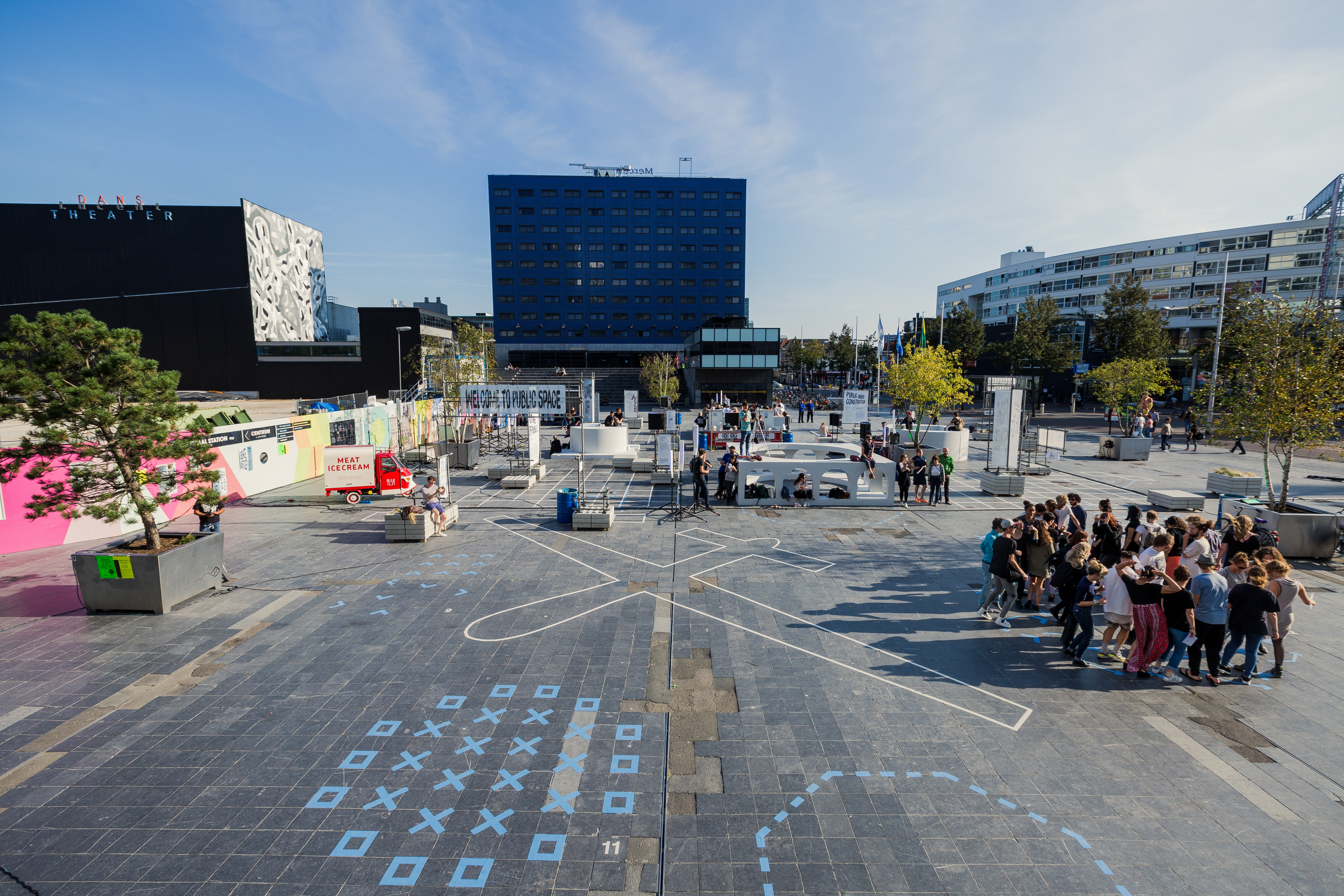 Everyday, citizens perform, on public surfaces, synchronised routines of elaborate moves. As we move across the city, laws define movements and gestures, unconscious reactions, behaviours and anticipations. They are sets of instructions, conditional statements, ultimately incorporating power; a structural force that plays into everyday life. What happens when we redefine the rules as the visible surface of a playing field? The act of assembling in public space is both an individual and a group activity, involving figures, interplay and synchronisation. As we turn law into a game, the distinction between unthinking movement and a conscious submission as participants start to blur.