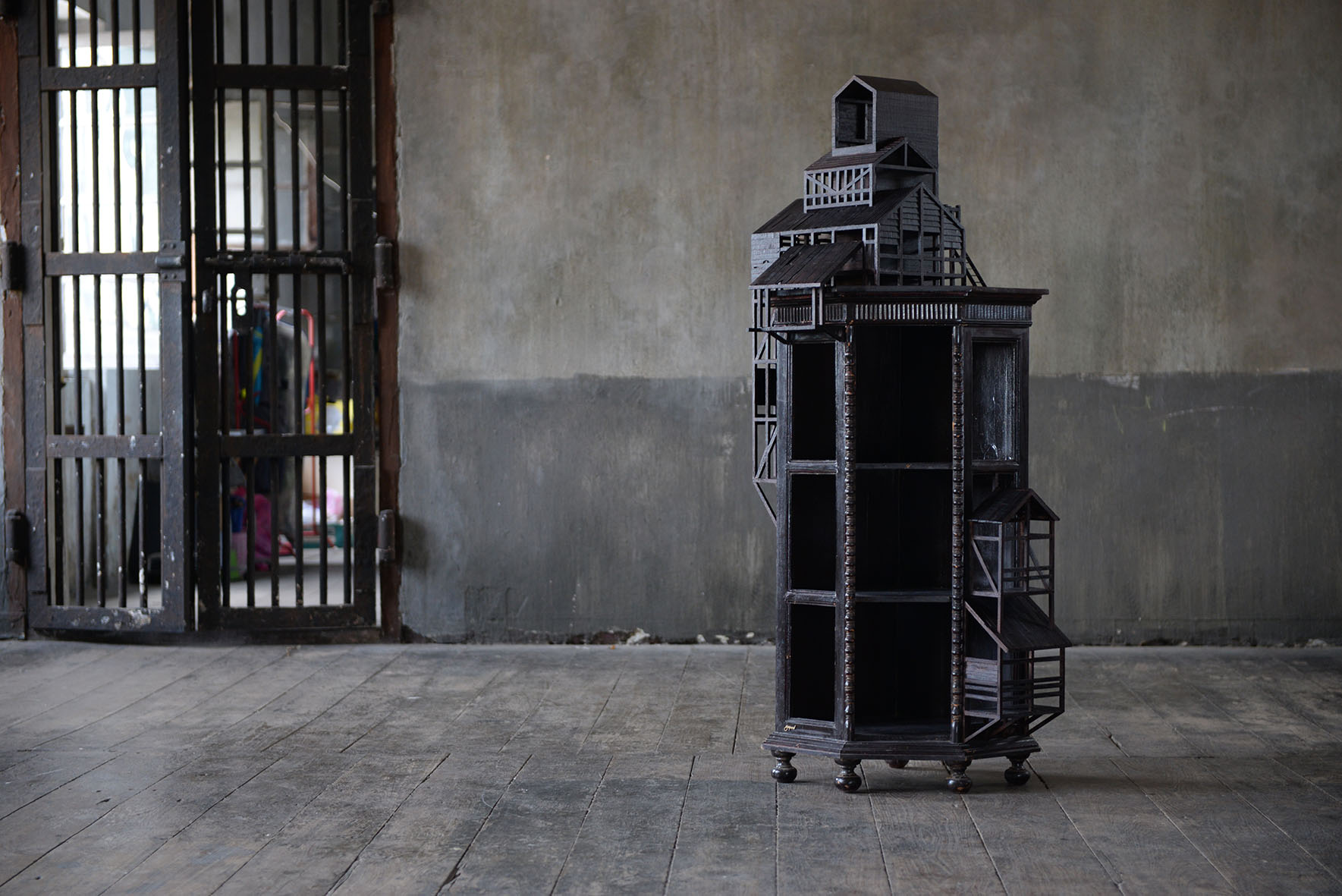 Places often play an important role in shaping our memories. In a similar but reverse logic, spots that don’t exist in our memories seem not to exist at all. Forgotten spaces, whereabouts nobody visits and hidden dark corners fill our cities creating gaps that are in fact only mentally inexistent. In this series of sculptures Rush Pleasnuk explores the idea of genii loci, by creating representations of places that may or may not exist in reality, but do have a presence through a high sentimental value. These palimpsests reflect on the personal relationships we build with the spaces we inhabit, but also with a larger cultural context that forms the urban realm. How can we carefully reinterpret layers of time in the city, reveal or revive memories of places that are now forgotten or transformed beyond recognition? We often think of genius loci in terms of recognizing values worth remembrance, but what if we could bring places back into existence by giving them a place in our memory?