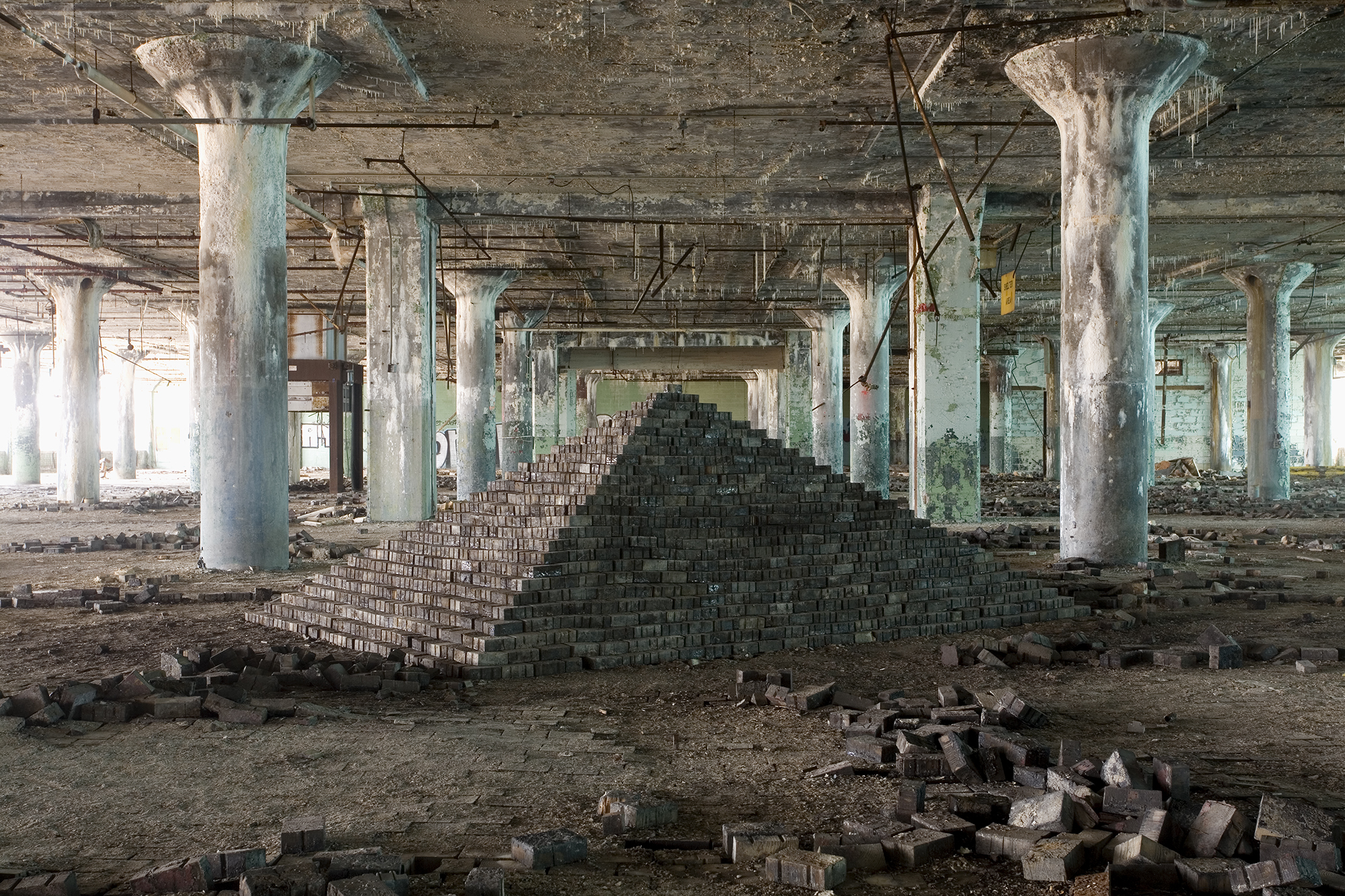 courtesy of the artist and Susanne Hilberry Gallery

Vacant spaces are often considered ownerless. Detroit’s Fisher Body Plant 21 has been abandoned for more than 30 years. When Scott Hocking constructed a ziggurat structure out of 6,201 wooden floor-blocks inside of it, it’s devalued and deteriorated state has been called into question. It seems to have awoken a desire to control that space. For at least seven years the site has been closed and reopened in a useless cycle of restricting access to this forsaken structure as if it was to guard its oblivion. Could we imagine that the right to decide about abandoned sites had an an expiry date? What if unattended buildings eventually became part of the public domain?