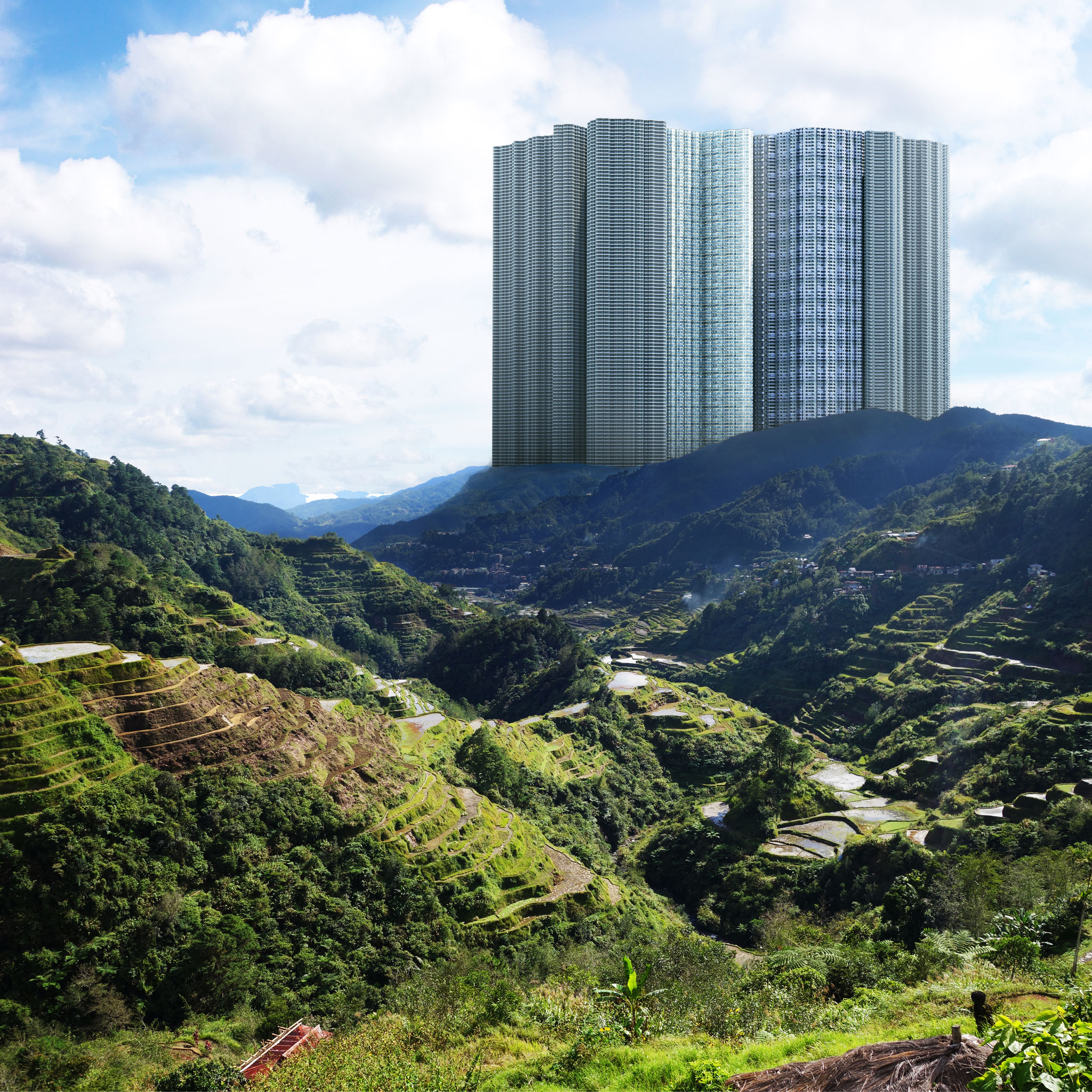 Modes of urban authority traditionally seen to be wielded by the State, such as the production of public realms, provision of security, and administration of infrastructure, are now shifting into the hands of private corporations. In line with such erosion of state sovereignty is the emergence of a specific type of capsular urbanism – the mixed-use masterplan. The Monument extrapolates this tendency to produce an image of capitalism in the countryside. The Monument is stripped of current pretences, namely the nostalgia towards a past means of production, the postcolonial idea of sustainable tourism, and the fetishization of nature as a picturesque object whose fragility must be dealt with nimbly. What would a monument to capitalism par excellence look like?